Coronavirus (Covid-19), a Christian Perspective | How Should Christians Respond?

At the time of writing this article, we are approaching 3 million confirmed cases of people infected with the Coronavirus (or Covid-19). We are nearing 40,000 deaths as well. People are panicking, isolating themselves and stocking toilet paper. The markets have crashed and most of our financials are left in tatters. Selfishly, people are emptying supermarkets leaving nothing for the rest of the people who also depend on the supermarkets for resources.

During each of the past pandemics, the Church of Christ existed. It would do us well to see how these Christians reacted, and then finally we can see what the Bible tells us of these kinds of situations.

Reading the quotes below of Martin Luther and Charles Spurgeon, we can clearly see that these men adopted an attitude of being cautious, but also available at all times to support their local community.

You ought to think this way: "Very well, by God's decree, the enemy has sent us poison and deadly offal. Therefore, I shall ask God mercifully to protect us. Then I shall fumigate, help purify the air, administer medicine, and take it. I shall avoid places and persons where my presence is not needed in order not to become contaminated and thus perchance infect and pollute others, and so cause their death as a result of my negligence. If God should wish to take me, he will surely find me and I have done what he has expected of me and so I am not responsible for either my own death or the death of others. If my neighbour needs me, however, I shall not avoid place or person, but will go freely.

During that epidemic of cholera, though I had many engagements in the country, I gave them up that I might remain in London to visit the sick and the dying. I felt that it was my duty to be on the spot in such a time of disease and death and sorrow.

These men provide us with great examples of how we are to serve our communities during times like these. Sure we may not be able to attend the ill ourselves due to the nature of our governments and healthcare systems, but those who are not directly affected by the virus will also need help. Remember those people selfishly clearing out the supermarkets? Instead of asking how much food you can hoard for yourself, ask how many people might be in need of food. The financial markets are destroying people financially, as Christians, we can serve each other by providing financial assistance to those who otherwise might not even be able to afford food.

God is Sovereign and Our Only Hope

God is in control. Nothing that happens in Heaven or Earth is outside His control. This may be a difficult concept to grapple with as naturally questions will arise about why God would allow this suffering? I don't claim to know the answers to all these issues, but I do know one thing, and that is that Jesus reigns.

Then Jesus came to them and said, "All authority in heaven and on earth has been given to me.

If nothing else this virus should cause us to realise how futile it is to trust in anything other than God. Think about it. One small virus and 20% of your wealth is wiped out. That number in your bank account means nothing. One small virus and the supermarkets are empty, there's no more food. God can take away all these 'secure' things we depend on daily in a mere instant, so don't depend on them.

The Bible is full of these kinds of examples. The books of 1 & 2 Kings and 1 & 2 Chronicles come to mind. In these books, we read of the Kings of Israel and in particular, we read of King Asa, who also contracted a disease.

In the thirty-ninth year of his reign, Asa became diseased in his feet, and his malady became increasingly severe. Yet even in his illness he did not seek the LORD, but only the physicians.

We must not be like Asa in thinking we have the power to beat Covid-19 without prayerfully asking the Lord's guidance. There is nothing (literally) that we can accomplish apart from God's grace, and even if God grants us the ability to overcome this pandemic but we do so without bowing before God's throne as sovereign Lord, it will only serve to make us proud and condemn us. I recently had a conversation with one of our pastors and the first thing he told me when we started talking about the virus is that we don't pray nearly enough anymore.

Just as God allowed ungodly kings (like the Assyrians, Arameans and Babylonians) to win battles against Israel and Judah, we see that the worldly victories of these men only caused them to deepen in their unbelief and dependence on their own military might, thinking that victory was their own doing. It is almost ironic to read how God wiped these men from the face of the Earth a few chapters later, killing 185,000 men of Sennacherib's Assyrian army for example when he was at his proudest, blaspheming the Lord.

Only those battles that are won knowing our dependence on God to do so are battles worth winning, and this applies for Covid-19 as well.

Nebuchadnezzar became extremely proud of his accomplishments as King of Babylon, believing and depending on his own power and might and not acknowledging the God who gave these things to him. God caused him to walk and eat like the animals of the fields for seven years because of his pride. At the end of those seven years Nebuchadnezzar realised what we seem to so easily forget:

At the end of that time, I, Nebuchadnezzar, raised my eyes toward heaven, and my sanity was restored. Then I praised the Most High; I honored and glorified him who lives forever. His dominion is an eternal dominion; his kingdom endures from generation to generation. All the peoples of the earth are regarded as nothing. He does as he pleases with the powers of heaven and the peoples of the earth. No one can hold back his hand or say to him: “What have you done?”

Like Nebuchadnezzar we must realise that God is in control. We need to depend on Him in everything that we do. If there is one thing we can learn from Covid-19, let it be this.

As Christians, we don't fear the first death. We know that the sooner the first death comes, the sooner we receive our crown of glory in heaven with our Creator and Saviour. We know that at the end of time Christ will return and with the trumpet sound of an archangel he will proclaim "Come forth" and those of us who have passed will return from the grave to enter into everlasting life. However, for those who are not in Christ, they will not inherit eternal life but rather the second death. Covid-19 gives us an unique opportunity to make conversation about death and the afterlife. Ask your friends about death and why they are afraid of the virus and use this as an opportunity to preach the Gospel and point them to the only Hope that we have on this Earth. 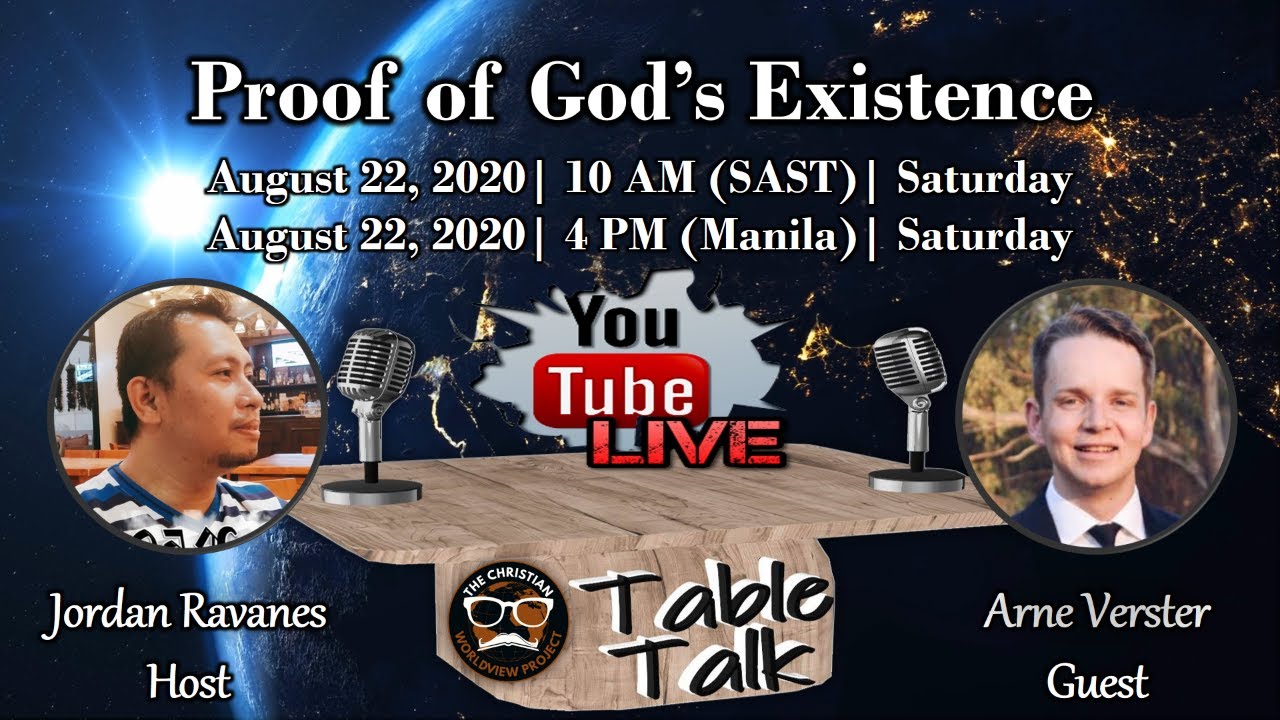 Had a great chat what Jordan Ravanaes today. Hopefully the first of many to come. Watch the video below and read my article on the topic ...
{"items":["5f98899772a3b20017d2859b","5f988845aa1f5c0017f9c193","5f988656bd6ddb0017aa1577","5f983d599bcf220017f8f11c","5f30772297dc2700174ef75b","5f40e5e7d36d8b001815d41d"],"styles":{"galleryType":"Columns","groupSize":1,"showArrows":true,"cubeImages":true,"cubeType":"fill","cubeRatio":1.7777777777777777,"isVertical":true,"gallerySize":292,"collageAmount":0,"collageDensity":0,"groupTypes":"1","oneRow":false,"imageMargin":16,"galleryMargin":0,"floatingImages":0,"chooseBestGroup":true,"smartCrop":false,"hasThumbnails":false,"enableScroll":true,"isGrid":true,"isSlider":false,"isColumns":false,"isSlideshow":false,"cropOnlyFill":false,"fixedColumns":0,"enableInfiniteScroll":true,"isRTL":false,"minItemSize":50,"rotatingGroupTypes":"","rotatingCubeRatio":"","gallerySliderImageRatio":1.7777777777777777,"numberOfImagesPerRow":3,"numberOfImagesPerCol":1,"groupsPerStrip":0,"borderRadius":0,"boxShadow":0,"gridStyle":0,"mobilePanorama":false,"placeGroupsLtr":false,"viewMode":"preview","thumbnailSpacings":4,"galleryThumbnailsAlignment":"bottom","isMasonry":false,"isAutoSlideshow":false,"slideshowLoop":false,"autoSlideshowInterval":4,"useCustomButton":false,"bottomInfoHeight":0,"titlePlacement":"SHOW_BELOW","galleryHorizontalAlign":"center","galleryTextAlign":"center","galleryVerticalAlign":"center","scrollSnap":false,"itemClick":"expand","fullscreen":true,"allowSocial":true,"allowDownload":false,"allowTitle":true,"allowDescription":false,"loveButton":true,"loveCounter":false,"videoPlay":"hover","scrollAnimation":"NO_EFFECT","scrollDirection":0,"overlayAnimation":"FADE_IN","arrowsPosition":0,"arrowsSize":23,"watermarkOpacity":40,"watermarkSize":40,"useWatermark":true,"watermarkDock":{"top":"auto","left":"auto","right":0,"bottom":0,"transform":"translate3d(0,0,0)"},"loadMoreAmount":"all","defaultShowInfoExpand":1,"allowTitleExpand":true,"allowDescriptionExpand":true,"allowLinkExpand":true,"expandInfoPosition":0,"allowFullscreenExpand":true,"fullscreenLoop":false,"galleryAlignExpand":"left","addToCartBorderWidth":1,"addToCartButtonText":"","slideshowInfoSize":200,"playButtonForAutoSlideShow":false,"allowSlideshowCounter":false,"hoveringBehaviour":"NEVER_SHOW","thumbnailSize":120,"magicLayoutSeed":1,"imageHoverAnimation":"NO_EFFECT","calculateTextBoxHeightMode":"MANUAL","calculateTextBoxWidthMode":"PERCENT","textBoxHeight":176,"textBoxWidth":200,"textBoxWidthPercent":50,"textImageSpace":10,"textBoxBorderRadius":0,"textBoxBorderWidth":0,"textsVerticalPadding":-15,"textsHorizontalPadding":-30,"titleDescriptionSpace":6,"customButtonText":"","customButtonBorderWidth":1,"customButtonBorderRadius":0,"loadMoreButtonText":"","loadMoreButtonBorderWidth":1,"loadMoreButtonBorderRadius":0,"imageInfoType":"ATTACHED_BACKGROUND","itemBorderWidth":0,"itemBorderRadius":0,"itemEnableShadow":false,"itemShadowBlur":20,"itemShadowDirection":135,"itemShadowSize":10,"imageLoadingMode":"BLUR","expandAnimation":"NO_EFFECT","imageQuality":90,"usmToggle":false,"usm_a":0,"usm_r":0,"usm_t":0,"videoSound":false,"videoSpeed":"1","videoLoop":true,"gallerySizeType":"px","gallerySizePx":292,"allowContextMenu":true,"itemBorderColor":{"themeName":"color_12","value":"rgba(191,191,191,0.75)"},"galleryLayout":2,"modifiedGallerySize":true,"selectedLayout":"2|bottom|1|fill|true|0|true","layoutsVersion":2,"selectedLayoutV2":2,"isSlideshowFont":true,"externalInfoHeight":176,"externalInfoWidth":0},"container":{"width":196,"galleryWidth":228,"galleryHeight":1440,"scrollBase":0,"height":null}}